Fiber To The Antenna (FTTA)

Today's users of mobile devices depend on wireless connections for their voice, data and even video communications. Even homes and businesses may depend on wireless, especially those who are not in urban or suburban areas served by FTTH (fiber to the home) or FTTC (fiber to the curb.) Some of us in the business now use the term FTTW for fiber to wireless, since wireless depends on fiber for the communications backbone and increasingly the connection to the wireless antennas, no matter what kinds of wireless we use.

Wireless is not entirely wireless. The easiest way to understand wireless is to think of it as a link that replaces the cable that connects your cellular or wireless phone to the phone system or the patch cord that connects your computer or other portable Internet device to the network. To understand wireless, it is necessary to look at several different and unique types of wireless systems, including cellular wireless phones, wireless in premises cabling, municipal or private wireless links and even some of the short distance links used for computer peripheral connections.

Fiber-to-the-antenna (FTTA) is a wireless site architecture where optical fiber is run all the way up the tower to replace much of what was traditionally completed with heavier coax cabling. Important components such as remote radio units (RRUs) are also positioned at the top of the tower instead of at the base location.

In a FTTA configuration, a baseband unit (BBU) situated near the bottom of the tower is connected via a fiber optic feeder and runs to a remote radio head (RRH) positioned near the antennas at the top of the tower. The RRH converts the digital signals to analog, and the short span between RRH and antenna is still completed using traditional coax cabling.

The rapidly growing use of smartphones and tablets is requiring more and more cellular bandwidth, and the increasing demands on cellular infrastructures is often underappreciated. The term “cellular” is derived from the innovative way that networks of antenna towers provide seamless coverage, using a system of frequency zones or “cells”. Each cell is serviced by a central antenna and defined by the associated transmission range. Increasing available bandwidth requires more cells and therefore, more antennas. These antennas naturally require cable runs up their towers to connect them to high frequency and power, so the use of more efficient optical fiber to complete these connections has been an amendable paradigm shift in broadband antenna architecture. The reason fiber is being used to connect towers and then go up the tower to connect the antennas is consumers insatiable desire for bandwidth.

To accommodate more bandwidth in the cellular systems, new cellular protocols being are used (4G, LTE, and whatever comes next) but also more antennas are needed to support more frequencies. Thus, cell towers that once had 3 antennas for coverage may have two dozen antennas. The increased demand for cellular bandwidth to support fast growing data usage from smartphones and tablets requires upgrading towers – more bandwidth means more antennas. More antennas mean more cables up the towers. If those cables are coax, it means more weight and wind resistance, perhaps more than the tower was designed for. And RF (radio frequency) signals require lots of power to transmit up the tower since the coax cable attenuates the signals at high frequencies.

Perhaps the most obvious advantage of fiber-to-the-antenna stems from the physical nature of the cable itself. The smaller diameter and lighter weight allow many fiber optic cables to occupy the same amount of space as a single coax cable. Because cellular towers are naturally subject to the elements, the physical size and properties of optical cabling are much less susceptible to damage from gusts of wind.

Other advantages of fiber-to-the-antenna technology relate to the shift from analog to digital. Due to signal losses, coax cable limited the distance between the antenna and base station to around 100 meters. Optical cabling can span up to 20 kilometers with minimal losses. This allows for central housing of base stations and other similar efficiencies in architecture.

FTTA also provides improved energy consumption and signal integrity. Tower amplifiers are no longer required to combat the inherent noise floor of extended coax runs.  The cooling of power amplifiers through air conditioning in a traditional base unit is replaced by ambient air cooling of the RRH, which significantly reduces the electrical power consumption of the system.

Fiber-to-the antenna obviously offers many key advantages. However, there are a couple of potential drawbacks to FTTA that relate to the change of media and the challenges inherent to optical fiber. Fiber is more fragile and therefore requires careful handling. Dirt and dust are the enemies of fiber, and cable runs exposed to the elements are especially vulnerable. Custom optical fibers are typically not interchangeable, and fiber that is damaged typically has to be replaced instead of just repaired.

Termination in the field can be more difficult, leading to more costly factory-terminated cable runs. These prefabricated runs sometimes include hybrid (fiber and power) cables because the power must be provided to the RRH separately. Should a prefab cable run require adjustment during installation, this could lead to schedule delays.

In FTTA architecture all RF functions reside on the RRH, and RF information is sent in the digital domain over fiber using the Common Public Radio Interface, or CPRI. Any RF maintenance or troubleshooting such as interference analysis requires reaching the top of the tower to get access to the RRH. This represents a higher operational expense and security concern.

Consumer demand and technological advancement will continue to challenge the broadband infrastructure and necessitate more innovation. As incremental improvements such as active antennas integrated with the RRH to eliminate the need for all coax, small cell technology, and tower construction continues to evolve, it is safe to assume the future of fiber-to-the-antenna may hold a few more surprises.

The advent of 5G wireless, with connection speeds up to 100 times faster than 4G, will require smaller cell sites/DAS as well as improvements in conventional antenna tower bandwidth. Fiber optics will continue to provide the lifeblood to this ever-evolving network because only fiber can support the backhaul of these small cell sites produced by this intense proliferation of traffic.

Fiber-to-the antenna (FTTA) has been an invaluable advancement in broadband architecture, allowing the coverage to keep pace with the insatiable demand. By continuing to follow best installation and fiber testing practices consistently, we can continue to meet the growing requirements of our “cellular” society. 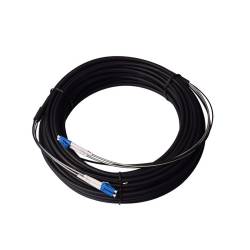 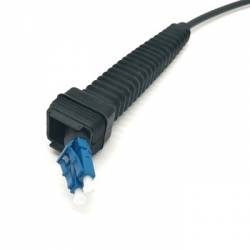 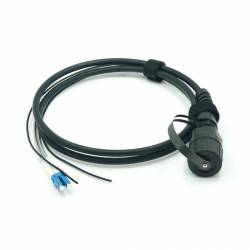 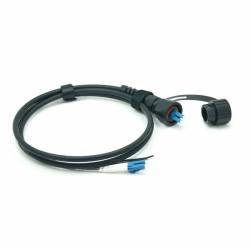 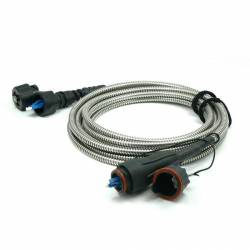